A Small Business Builds Its Brand With Advertising On Charlotte Radio 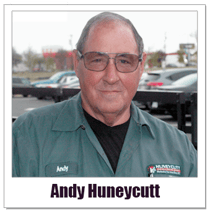 "In the 24 years I have owned my business, I never advertised," says Andy Huneycutt, founder of Indian Trail based Huneycutt Mechanical Services. "But last year I realized my company was standing still. So, we started advertising on Charlotte radio."

"I did a lot of research," he says, "and I found out that the most successful local companies were investing 8-10% of their gross sales back into advertising. They would do this consistently every year. The more money they made, the more they would advertise."

"As I was growing closer to retirement, I had to ask myself if I could really afford to invest that kind of money into advertising," he says.  "Then, I looked at the commitment my son made to take over the business in a few years and realized I couldn't afford not to advertise."

Before striking out on his own in 1995, Mr. Honeycutt had been working as an HVAC service tech for others for over 25 years. That all changed when his employer, Jack Walters, Inc, decided to sell the company.

"Jack called me right after he sold and told me that the only reason he had a successful service department was because of me," says Mr. Huneycutt. "He then suggested that if I go into business for myself, I could get enough of our old customers to follow to keep me busy and make some real money."

"The whole idea scared me to death," he says. "But I went home and explained to my wife what Mr. Walters had said. My wife then spent the next three days talking me into hanging my own sign."

"Jack's prediction true," he says. "About half of our old service customers came with me to my new company."

Today, Huneycutt Mechanical Services has grown to 15 full-time employees and a fleet of trucks. But, the future of the company is of critical concern to its owner.

"A few years ago, when my son graduated from college, he committed to taking over the company when I retire," says Mr. Huneycutt. "I want to make sure that I leave him a strong company."

According to Mr. Huneycutt, the HVAC service market in the Charlotte area has grown to be one of the most competitive in the country.

"Back when I was a Boy Scout, after troop meetings, my friends and I would try to race up these big gravel-piles that the highway department kept. I realized then if you weren't scrabbling as hard as you could to get to the top, then you would slide backward."

To keep from sliding backward in the face of fierce competition is the reason Mr. Huneycutt decided to advertise for the first time ever. After careful analysis, Mr. Huneycutt determined advertising on Charlotte radio was the best way to go.

"My goal was to use my advertising to improve our strength in the residential service market, which is currently only 40% of our business. Radio advertising allows us to invest in the consistency we need to build our brand among homeowners."

According to Nielsen, every week, Charlotte radio reaches 88% of all local consumers who own their homes. This is significantly more homeowners than are reached by local TV, newspapers, social media, or streaming audio sites like Pandora and Spotify. 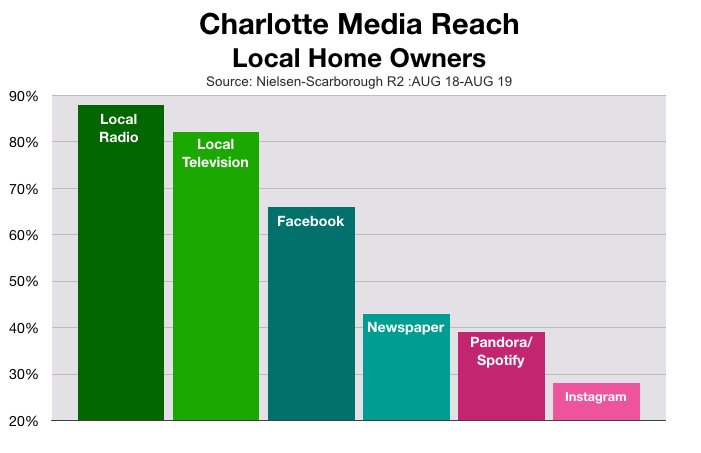 "Right away, people started telling us they heard us advertising on Charlotte radio," says Mr. Honeycutt. "but, I don't expect it to bear-fruit until March, though, which is the beginning of our business season."

"I know for sure, though, if I had waited until March to start advertising, it would have failed. It takes consistency and repetition to truly brand your business."

When asked directly why he waited 24 years to start advertising on Charlotte radio, Mr. Honeycutt says, "After a lifetime of raising seven children and paying for their schooling, I am too poor to retire.  I need the business to be successful so that my kids can send me a check every month so I can go fishing."