How To Create A Podcast For A Charlotte Small Business 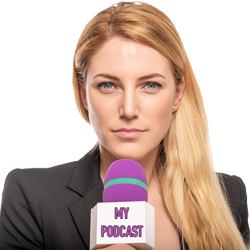 If you're anything like the 1.9 million Charlotte consumers who, according to Nielsen, listen to or download a podcast every month, you probably already see the value in podcasting as a relatively new audio medium that entertains, enlightens, motivates, or informs listeners.

But if you're part of the 73% of local adults who are not regular podcast listeners, you're probably wondering why on earth would anyone want to listen to a podcast, let alone create one for their Charlotte business.

Launching a podcast might seem like a daunting test for small business owners without much technical background or an understanding of how to structure a compelling conversation that will engage prospective customers.

In reality, local small business owners can easily reach new customers with podcasts and complement their traditional advertising in Charlotte with a longer-form, conversational medium that showcases the company's knowledge in an authoritative manner.

END_OF_DOCUMENT_TOKEN_TO_BE_REPLACED

Right now, at least one of the 97,696 businesses located in the Charlotte area is thinking about using the phrase 'March Madness' as part of upcoming advertising and marketing plans. Why not? It's a great use of alliteration. It's a familiar term. And, it's that time of year.

A furniture store in Indian Trail might think it would be clever to use 'March Madness' in its commercials on Charlotte radio to promote a big spring sale. A non-profit in Matthews feels it would be a good way to describe its charity fun run on social media and online advertising. A sports bar in Rock Hill believes it would be a no-brainer to use the term in streaming video and audio ads to bring in scores of basketball fans.

It is, indeed,  tempting for a Charlotte small business owner to use this term for advertising or marketing purposes. But,  to avoid a costly legal battle, the use of this trademarked phrase should be a non-starter. Here's why.

END_OF_DOCUMENT_TOKEN_TO_BE_REPLACED

Online Advertising In Charlotte: How Much Will Be Spent in 2022?

Charlotte-area business owners are expected to spend $783 million advertising online in 2022. This, according to Borrell Associates, a company that tracks advertising expenditures across the country.

Borrell's forecast indicates that almost 50% of Charlotte's online expenditures will be in the form of paid search. The most recognizable type of this advertising is the paid ads that appear adjacent to the results of almost every search query on Google, Yahoo, and Bing.

Borrell's forecast also indicates that approximately 27% of online expenditures will be in the form of display advertising. This consists of traditional banner ads that appear across millions of websites and apps, including social media platforms like Facebook and Instagram. According to SmallBizGenius.net, the average Charlotte area consumer is served more than 1700 of these ads per month.

Video advertising in Charlotte is forecast to account for 23% of all online ad dollars in 2022. Like search and display, millions of websites can support this type of advertising. This includes sites, apps, and platforms like YouTube, Roku Channel, Hulu, Paramount+, and most social media sites.

The remainder of online advertising dollars is expected to be spent on audio advertising, including streaming sites like Pandora and Spotify; or email marketing campaigns.

So many Charlotte business owners are investing a large portion of their marketing budgets into online advertising because that's where their customers are.
END_OF_DOCUMENT_TOKEN_TO_BE_REPLACED

It used to be so simple. When a small business owner wanted to advertise on Charlotte television, there were only a few options including, WBTV, WSOC, WNSC, WCNC, and WJZY. But slowly, the number of options expanded to include cable channels provided by Spectrum, DISH, DirecTV, and Google Fiber.

Heading in 2022, local advertisers have even more options as internet-connected devices deliver hundreds of more programming choices to North Carolina. Collectively, this type of content is called OTT (Over-The-Top-Television) or CTV (Connected-Television). For the purpose of this discussion, OTT & CTV will be referred to singularly as streaming video.

Streaming video can be viewed on any device that can connect to the internet. This includes computers, laptops, tablets, and smartphones. Programing can also be accessed using a smart-TV, Roku Stick, Amazon Fire Stick, or a game console. In all, according to Nielsen, 95.1% of Charlotte households own a device capable of receiving streaming video.